As a result of the fear, a person with separation anxiety disorder may: 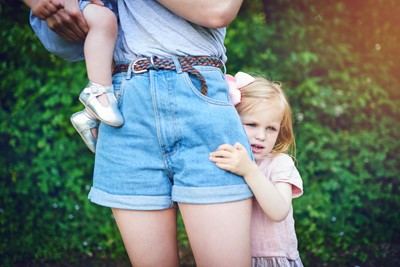 Up to 30-min phone consultation so we can hear about your presenting issue, the symptoms you are experiencing, when they started, the severity of symptoms, and if we are the appropriate place for your treatment. The diagnostic intake process is discussed, and your insurance/billing questions are answered. If the treatment you need is within our scope of services, we begin the scheduling process. If it is deemed that we are not the appropriate place, we will provide you with referrals and resources to help you. We want to make sure to connect you with services, and that includes helping you find treatment elsewhere if that's what you need.

A 1-hour feedback session with parents is held which includes presenting diagnoses, symptom severity, diagnostic rule outs, and discussing the recommended treatment plan. Parents are asked for their specific goals for their child and what they hope to gain from treatment at ATSA. Decisions are made as to whether the child will start with therapy sessions only, allowing for the future addition of psychopharmacological treatment as an adjunct, or whether to start with combined treatment (or in rare cases to start with psychopharmacological treatment before CBT). Parents will be provided guidance on the behavioral techniques to implement at home and in the community with their child, to help maintain and generalize treatment gains. Parents are provided feedback about their child’s behavioral challenges and gains from the initial assessment sessions, and the specific techniques that will be used to successfully help their child overcome his/her specific barriers in the exposure process. Throughout treatment, parents are provided with additional feedback sessions to discuss next steps, including help with transfer of skills outside of the clinic setting.

60 min exposure sessions to present the child with the phobic stimulus and begin the process of fear extinction. The key to exposure therapy is to activate new learning, which is done by presenting the child with the phobic stimulus, and assisting the child to approach (vs avoid) the stimulus. Parents are also taught how to facilitate approach coping and reduce enabling avoidance. Your therapist will use modeling, shaping, corrective feedback, and contingent reinforcement with child and parents. Our data show that when parents are involved in treatment, gains are more likely to transfer into the home and community settings.

60-min exposure sessions provided in the school, home, or community setting to help transfer treatment gains into these domains. To increase transfer of treatment gains, reduce avoidance of the phobia across settings, and reduce others rescuing the child from approaching the phobia (to rescue them from distress), in-vivo and in-situ exposure therapy is most effective. Not only does the child develop distress tolerance, new learning, and fear extinction, so do the adults in these settings, which helps them reduce rescuing and enabling. We will train school staff on how to appropriately prompt, monitor, and reinforce your child’s approach behavior with guidance via modeling and demonstrating use of skills. Home visits are used to help child and parents use skills at home, and Community sessions provide exposure practice in new settings.

Call now for a 30-min Consultation